Global-5 was recognized for demonstrating the very best example of public relations research and planning, production, execution and evaluation of results and budget by receiving an Image Award. Judges presented the award for a project produced for client American Honda Motor Co., based in Los Angeles. The winning entry “ASIMO, the World’s Most Advanced Humanoid Robot” targeted American drivers of all ages including children interested in advanced technology, by showing ASIMO’s remarkable technical abilities and its role in igniting an appreciation of science and math in school children. A Grand Image Award for Best Audio and Visual Tool was also awarded for this entry.

Global-5 also received an Image Award for client Florida Department of Transportation (FDOT) for the “Launching of the I-4 of the Future” Media Kit. The entry educated drivers, voters and political leaders in central Florida on the many improvements planned for Interstate 4, by creating recognition of the I-4 Trans4mation process and promoting FDOT’s desire to work as a community partner to solve conflicts. 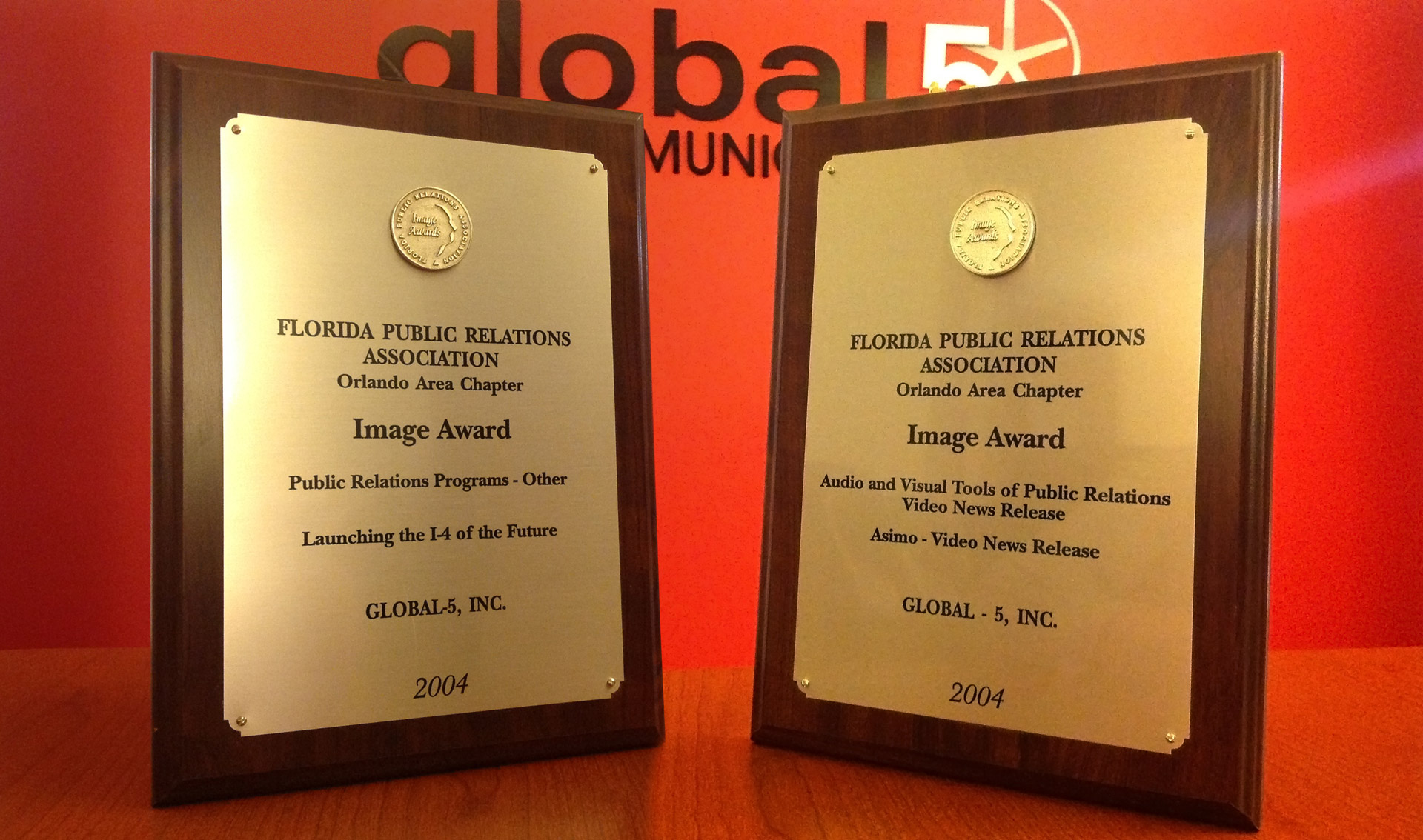