Global-5 recently won a Gold Hermes Creative Award for the 2019 National Roundabouts Week awareness campaign, which it produced for the Florida Department of Transportation (FDOT).

Although there are more than 20 roundabouts operating on the state highway system and another 300 on local roads throughout Florida, roundabouts remain a new concept for many motorists, cyclists and pedestrians in the Sunshine State. For this reason, FDOT District Five sought to promote awareness of roundabout navigation and safety during National Roundabouts Week, which is organized by the Federal Highway Administration and held the third week of September.

This awareness campaign was conducted in several parts, including developing a social media strategy; producing videos for motorists, cyclists and pedestrians navigating roundabouts; designing informative handouts in English and Spanish; partnering with other groups in the media and the local community to improve reach; and building a landing page dedicated to housing these educational resources year-round. Additionally, a news release was sent out through FDOT District Five announcing National Roundabouts Week and its importance.

During the weeklong campaign, FDOT District Five’s social media campaign posts generated 65,200 impressions across Facebook, Twitter and YouTube while receiving engagement from various notable entities including Bike/Walk Central Florida, MetroPlan Orlando, Space Coast TPO and more. Both print and digital local publications picked up the story. The educational materials developed for the campaign remain in circulation and are shared with local entities.

The Hermes Creative Awards is an international competition that is judged and overseen by the Association of Marketing and Communication Professionals (AMCP). The contest is conducted annually and is one of the oldest and largest creative competitions in the world. 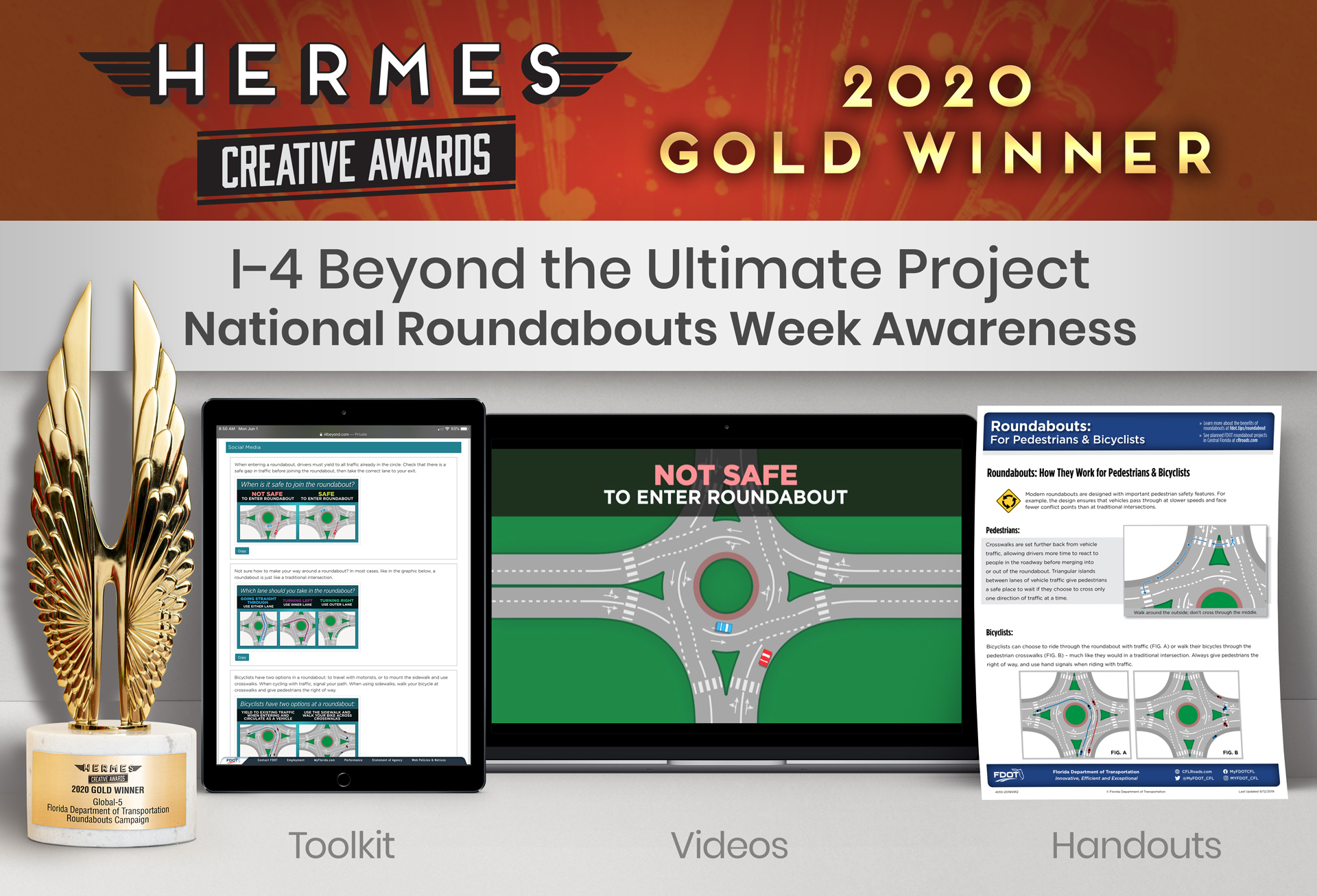